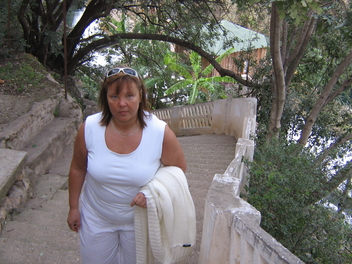 The Mayan calendar spoke of a date for an event, be it a magnetic pole shift, galactic alignment, Planet X, the end of the world or a shift in consciousness. There is solid evidence that the Mayan calendar described the successive shifts in consciousness that have been experienced with ever higher frequency after June 17, 2010 and ever more fully after the start of the Universal Wave Movement on March 8, 2011. The shifts ended on October 28, 2011 and the unity of consciousness started to stabilize. The Romans used to say that if you wish for peace, prepare for war. But the increase in frequency caused a capital remodeling of power structures. Wars are out of question. But only those will survive who possess or quickly acquire the ability to live ethically, function in truth and remain in the flow, focusing attention on the manifestation of the new world.

Just as Estonia regained its independence without bloodshed, so the ongoing start of a new way of life in Estonia will apparently take place smoothly in 2012. There will be no upheavals, no catastrophes. All that would shock the country and its people has already taken place. Each of us has had the opportunity to experience it in one’s own way, without becoming aware of it and without attributing to what has been going on the significance of decomposition of old structures preceding the new age. Conflicts, confusing situations, bankruptcies, depressions on every level will disappear undetected, and a new way of coexistence will emerge from the confusion. The final reconciliation with the new peaceable state will take place with overwhelming consensus from May 4, 2012.

The source for adapting to new patterns of life is the reloaded information of the Earth’s core or the morphogenetic field of the re-evolved human race, the Sphere of Amenti, which contains the development patterns of a biological form with a 12-dimensional consciousness. It was restored by November 2011. This means that the morphogenetic description of the 12-strand human DNA has been reactivated and is accessible to everyone for restoring his or her own physical DNA. The changes in the Earth’s energies will become increasingly clearly discernible and perceptible. This means a change in the Earth’s consciousness, with which everything is inseparably connected. What is taking place with the Earth’s energy structures will also take place with human structures and vice versa. Therefore, only our people’s willingness to accept the shift in human consciousness will guarantee a balanced and harmonious life in Estonia. All opportunities are open for becoming aware of one’s galactic and also wider, universal citizenship, and more. The greatest hindrances to arranging our daily lives will be fear, indifference, neutrality, aggressiveness, hatred, and also desire. Joy and peace will grant us more and more opportunities to learn about life swarming around us, and will give us directions for making appropriate decisions and expressing them.

In our daily life we may expect a sort of stability: prices and the cost of living will not change, unemployment will fall, even if wages won’t change. People will go to cultural events; the number of divorces will decline, as will criminal activity. People’s state of health will improve; disturbances of the mind will recede. The focus will be on home and the loved ones, on spiritual rather than material well-being.

The year 2012 is the time to reconnect and balance oneself fully in order to bring freedom into our lives of full consciousness. Imperceptible but fundamental changes will take place in all fields of life: in or daily lives, in culture, in political, economic, state and civil structures. The more open and tolerant of changes we are, the more joy we find in every moment.

An abbreviated version of Heli M. Gabrielle’s prophecy was published in the 2012 calendar of the magazine Naised.

on removing the causes of inexplicable mood disorders and incurable diseases, on repairing (või correcting?) the 12-strand DNA and cleaning it of hereditary diseases (incl cancer and HIV), on structuring (või repairing, correcting?) bioholograms, on quantum leap and the Initiation of Isis – which is all the same as “reconnection” – click on EEB Studio link (in the left menu).

Invitation to participate in the esoteric festival on August 3-5, 2012.pdf